If you have no idea about iOS development, there are two languages that can used. One is called Objective C and the other is called Swift. Objective C is relatively old in terms of programming languages, founded in the 1980’s has been popular ever since. Swift is really new, created by Apple as an improved language to develop apps on their platform.

What are the best features of Objective C?

What are the best features of Swift?

As a business, your major focus will be on how quickly your app will be ready for market, the price and whether it will be a success, in a way making this question slightly redundant, but understanding some of the technical side of app creation will always be useful when looking for developers.

From a developer standpoint, Swift is clearly the future, and as Apple do with the majority of their creations, they will make it more and more beneficial to use Swift, and probably find a way to slow down Objective C on XCode and their apps on the app store. However, while Swift is still in such an early stage, and the ease with which an Objective C app can be converted into Swift, the future isn’t here yet and won’t be for a while yet. 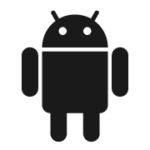 Teach Me Anatomy is an award winning website and mobile application, delivering a collection of educational healthcare resources. Used by students and healthcare professionals alike, each resource is presented in an easy-to-read and visually appealing style.

A prototype is an initial version of your potential final product. Learn why they are important and whether it should be used in your next project.

With over 5 million apps online today, more than a good idea is needed to create an app that people will want to use. We discuss a few things to consider before launching your next project.